Join us on Monday, May 19, 2014, at 1 p.m. for a collaborative release and press conference. Community partners will share advanced copies of the US Airways June 2014 publication highlighting Mesa County, Colorado.

The US Airways June 2014 magazine includes an in-depth destination profile of Mesa County. The stunning 36 page editorial feature focuses on the rich tourism assets, economic development opportunities, education and industry, as well as the vibrant lifestyle that makes Mesa County an amazing place to live, work and play.

Please join us at the press conference to see the advanced release of this exciting publication.

We are inviting all who have been part of this adventure, so that we may highlight the collaboration of our community. We hope this will provide an opportunity for all the businesses and community partners who supported this project directly or indirectly, to interact with each other and the media, and share their stories and enthusiasm for this amazing opportunity. 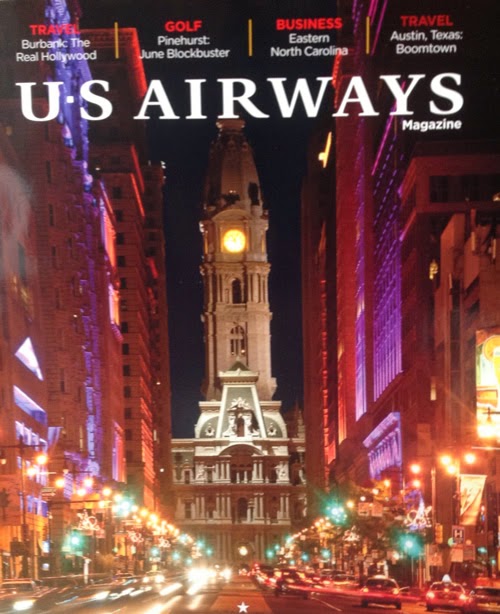 Thursday, May 15th from 6 - 8 p.m., Mesa County Commissioner Steve Acquafresca will emcee this year's Mesa County 'State of the Rivers' meeting at Grand Junction City Hall Auditorium | 250 N. 5th Street. This is an opportunity to learn about and discuss the present, past and future of the Colorado and Gunnison Rivers in Mesa County.

Posted by Unknown at 3:45 PM No comments:

Africanized honey bees have been confirmed in Palisade. A fruit grower noticed abnormally aggressive behavior of a hive, and after testing positive by the Colorado State University Tri River Area Extension Office, this hive was destroyed.

These bees can be a threat to humans and to animals when in large numbers (hive, colony or swarm). The threat of multiple stings is the greatest danger. Africanized honey bees do not have venom that is more potent than the common European honey bee.

Posted by Unknown at 1:52 PM No comments:

Thanks to you, the National Association of Letter Carriers and United Way of Mesa County collected 28% more pounds of food than last year - weighing in at 64,900 pounds! The Community Food Bank, Agape Food Basket in Fruita, Catholic Outreach Soup Kitchen, Nazarene Food Pantry in Palisade, CCC Food and Clothing Program in Clifton, the Rescue Mission and the Salvation Army are the seven organizations that received proceeds from this year's drive.

Sheila Reiner, Mesa County Clerk & Recorder, invites the press and public to be witness to the testing of the voting equipment for the 2014 Primary Election.

Posted by Unknown at 3:04 PM No comments:

At regular scheduled public hearing on Monday, May 12, 2014, Mesa County Commissioners discussed Sheriff Stan Hilkey’s letter of resignation and received legal advice as they considered the next steps.

The Commissioners stated that they desire the transition following Sheriff Hilkey’s departure be accomplished with as little disruption as possible, and that the stability of the Mesa County Sheriff’s Office be ensured to the greatest extent possible.

Unanimously, the Commissioners voted to appoint Undersheriff Rebecca Spiess to assume the office of Sheriff on June 16, 2014.

Commissioners will formalize the decision by Resolution on Monday May 19, 2014. Undersheriff Spiess will complete the term of three-time elected Sheriff Stan Hilkey, when Sheriff Hilkey departs for his new job as Executive Director of the Colorado Department of Public Safety.

Sheriff Spiess will serve from June 16, 2014 to January, 2015 when an elected Sheriff will be sworn into office.
Posted by Unknown at 11:27 AM No comments:


The Mesa County Commissioners presented the following Proclamations to support and salute the service of these deputies, soldiers and officers in our community and in communities across the nation:

Posted by Unknown at 9:25 AM No comments: