Notice of Logic and Accuracy Test

Mesa County Elections will perform a Logic and Accuracy test between 8:30 a.m. and 10:30 a.m. on September 30 for voting equipment being used in the General Election this fall.
The test will be performed at the Mesa County Elections Office by Elections staff and party representatives from the Democratic and Republican parties.
The equipment, which has been provided by the Denver-based company Dominion Voting Systems, was adopted by counties throughout the state this spring after the Secretary of State’s office selected it as the statewide uniform voting system.
The Logic and Accuracy test allow the Elections office, the party representatives and the public to be confident that the equipment is running efficiently. 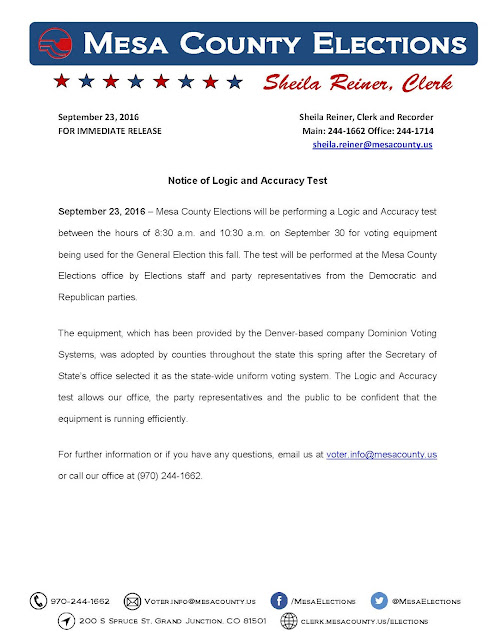