DHS staff gathers to recognize the success of contributions to United Way of Mesa County and the Men in Heels Fundraiser benefitting Hilltop’s Latimer House.


The Grand Junction Central Warriors football team has a home non-conference game vs. Fruita Monument today at 7 pm. This game is causing some friendly rivalry in the Sheriff's office because Lt. Holdren's kid plays football for Central High School, and Investigators Lissah Norcross and Danny Norris have a Fruita Monument High School football player (and band members). Sergeant Byrne, who took the picture, had no other option but to referee!

County Administrator Frank Whidden and Commissioner Pugliese meeting with the City of Grand Junction's administrator and mayor to talk about joint projects. 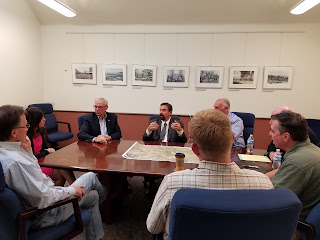 This week the Inside Mesa County class got to learn from the Department of Human Services (DHS) and the County Attorney's Office.

A class from Appleton Elementary made several "Thank You" cards for the Mesa County Sheriff's Office and Deputy Ryan Morrison was there to accepted them. 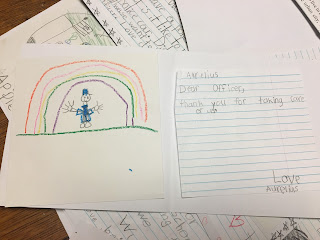 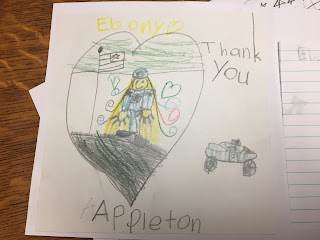