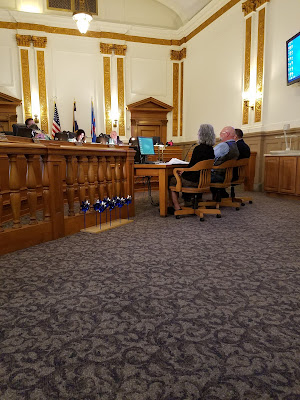 The Board of Mesa County Commissioners today approved a $159.6 million county budget in public hearing. The approved expenditures prioritize law enforcement and core services to strengthen the community while increasing efficiency across Mesa County government agencies.

“Our Board, along with elected officials and departments heads, has worked hard to prioritize core government services according to the proper role of government,” Chair of the Board of County Commissioners Rose Pugliese said. “The biggest driver of this budget has been public safety increases and infrastructure improvements.”

“With competing demands for county dollars, I believe we have adopted a budget that honors the Board’s longstanding commitment to fiscal responsibility in the allocation and efficient use of our resources,” Pugliese added.

For more information on the 2017 budget, visit http://www.mesacounty.us/finance/2017-budget.aspx. Additional information will be posted online as it becomes available.