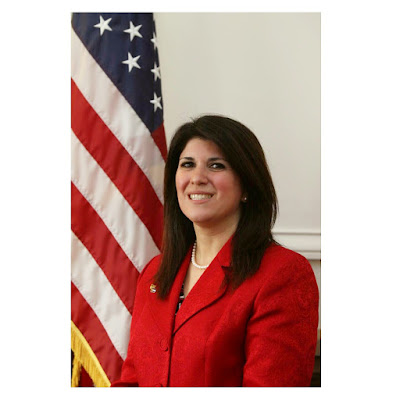 President signs an executive order repealing the Waters of the U.S. rule

Mesa County Commissioner Rose Pugliese is at the National Association of Counties Legislative Conference in Washington D.C., delivering the message that federal policies matter to counties.

Pugliese received a special invitation to the White House as an opportunity to elevate Mesa County’s voice at the national level and stood in support of President Trump’s repeal of the Environmental Protection Agency’s regulation, known as the Waters of the U.S. rule.

“This is a huge victory for rural counties, especially for Mesa County where agriculture is a critical part of our county economy,” Pugliese said. “This rule was the epitome of federal overreach.”

The expansion of federal oversight brought on by the Waters of the U.S. rule was an abusive invasion of private property rights, and an infringement of state and local government rights to regulate water.

For years both the U.S. House of Representatives and the U.S. Senate have tried stopping the final Waters of the U.S. rule from being implemented and have shown united Congressional disapproval by the adoption of S.J. Res. 22.
Posted by Mesa County, Colorado at 2:40 PM