Officials to be sworn into Office

Mesa County Commissioner Scott McInnis alongside several elected officials will be sworn into office Tuesday, Jan. 8 at 9 a.m. at the old Mesa County Courthouse, 544 Rood Ave. The public and members of the media are welcome to attend the ceremony.


The brief ceremony will be followed by refreshments and a chance to talk to your Mesa County elected officials. 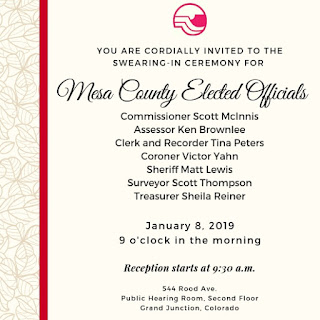