This week, the Board of Mesa County Commissioners adopted a resolution opposing Colorado's Proposed Zero-Emission Vehicle Rule and approved a letter to Congresswoman Diana DeGette regarding Mesa County's opposition to the Colorado Wilderness Act of 2019. The Board also approved a comment letter to the Federal Energy Regulatory Commission, regarding the Draft Environmental Impact Statement for the Pacific Connector Gas Pipeline, L.P. and Jordon Cove Energy Project L.P.

The resolution is in opposition to a proposed rule by Governor Jared Polis to support the electrification of transportation. Mesa County's economy is heavily dependent on mining, manufacturing, oil and gas, and agricultural sectors which depend on pickup trucks and other vehicles which cannot comply with the Zero Emissions Standards. 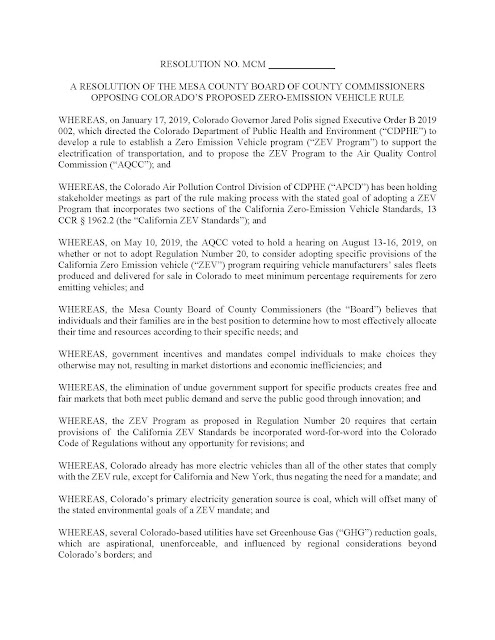 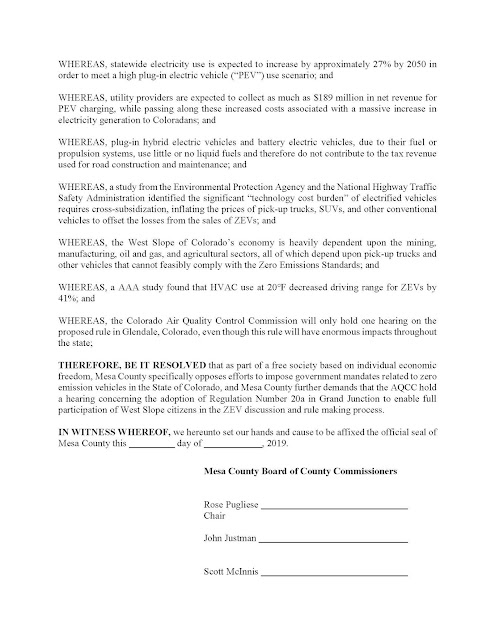 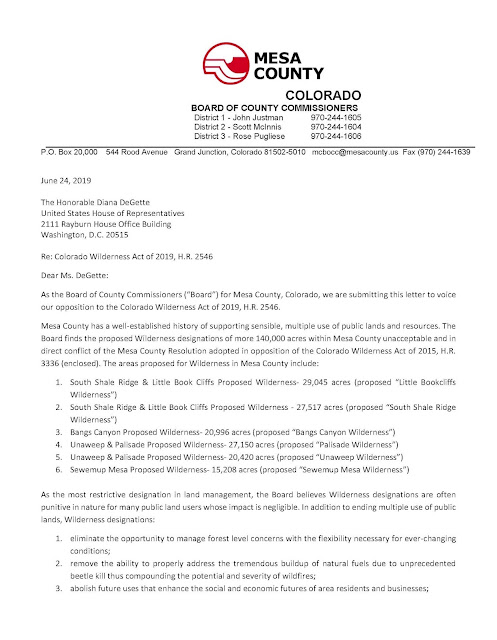 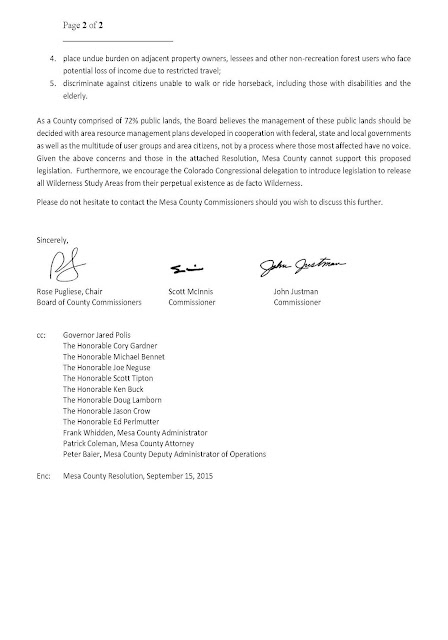 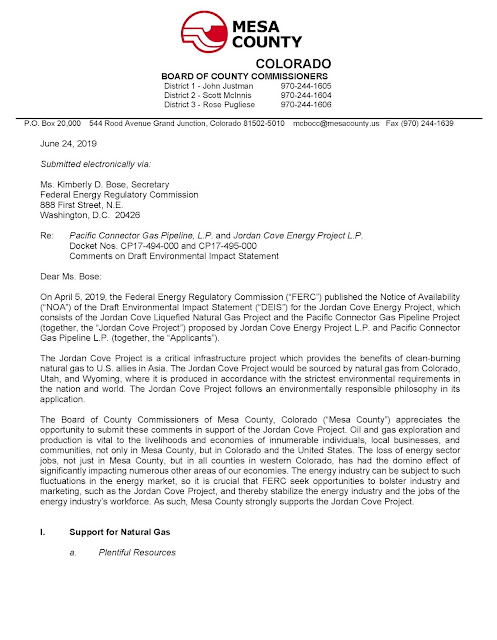 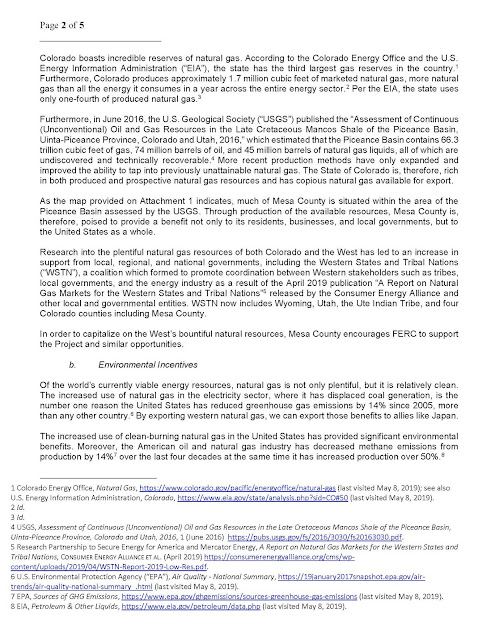 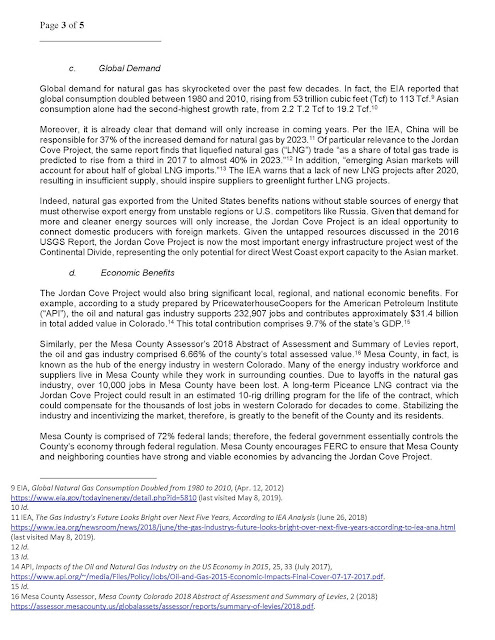 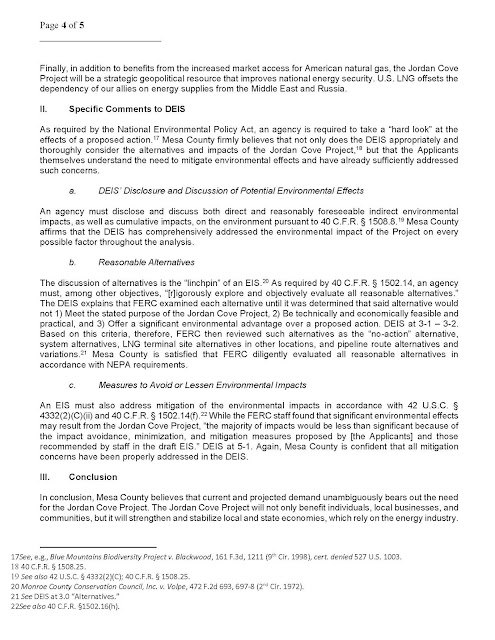 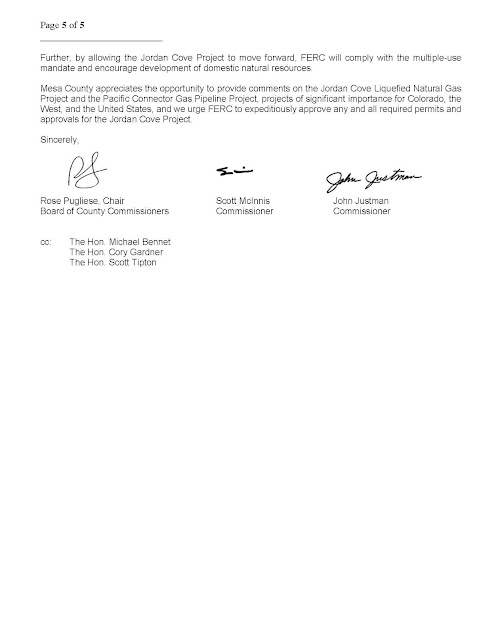