The Board of County Commissioners proclaimed Sept. 17-23, 2019, as Constitution Week in Mesa County. The Board encourages all residents to reflect during the week on the many benefits of our Federal Constitution and American citizenship and to join in ceremonies and activities commemorating Constitution Week.

"Whereas, our Founding Fathers, in order to secure the blessings of liberty for themselves and their posterity, did ordain and establish a Constitution for the United States of America; and

Whereas, it is of the greatest importance that all citizens fully understand the provisions and principles contained in the Constitution in order to support, preserve, and defend it against all enemies; and

Whereas, the independence guaranteed to American citizens, whether by birth or naturalization, should be celebrated during Constitution Week, September 17 through 23, as designated by proclamation of the President of the United States of America in accordance with Public Law 915." 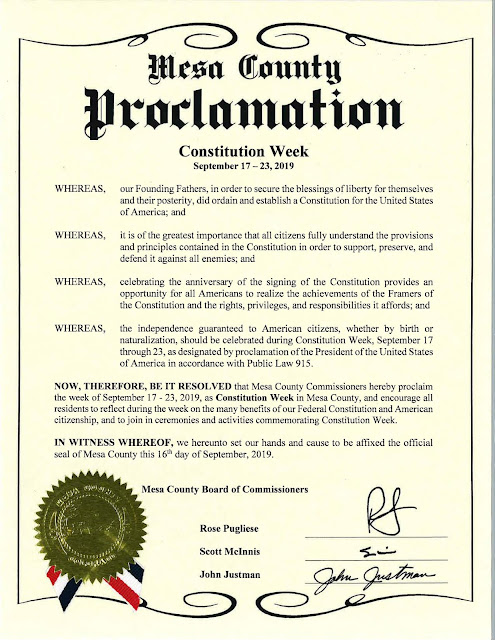