County Comments on the Yellow-billed Cuckoo

On Monday, April 27, 2020, the Board of Mesa County Commissioners sent a letter to the U.S. Fish and Wildlife Service regarding Mesa County’s comments on the proposed Revised Designation of Critical Habitat for the Western Distinct Population Segment of the Yellow-billed Cuckoo (YBC).

The Western Distinct Population of the YBC was added to the Threatened Species List in 2014. The U.S. Fish and Wildlife Service now proposes to revise the critical habitat designation under the Endangered Species Act. 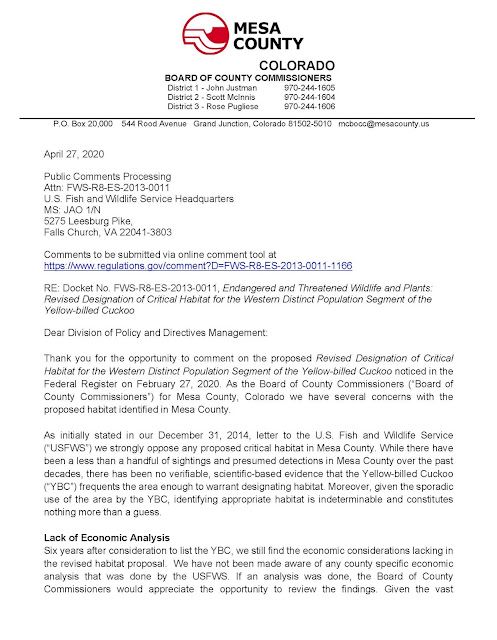 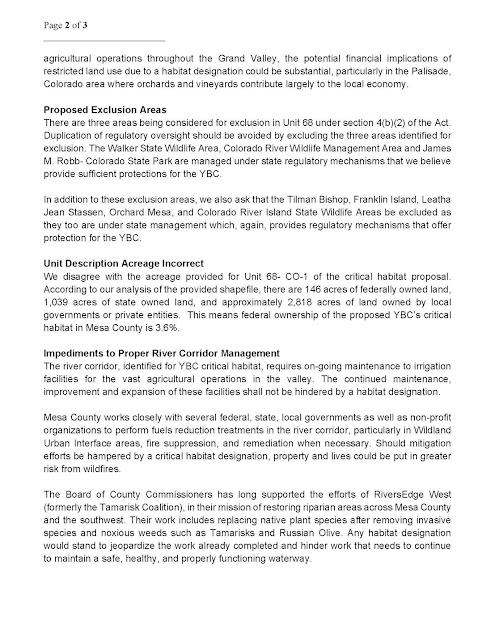 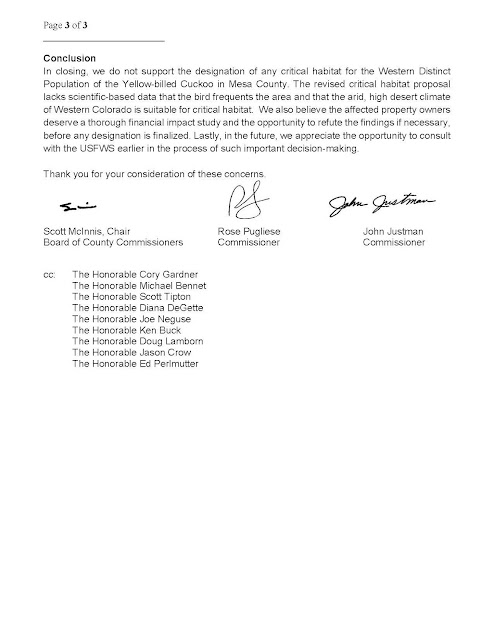